Believers say it’s a brain wave in which one can access a portal to a plane where instant changes make instant healing possible.

The eighth letter of the Greek alphabet — Theta is also described as the state of mind where the belief that you can change everything helps yield positive results. Believers describe Theta as a brain wave in which one can access a portal to a plane where instant changes are possible and hence instant healing can happen in some cases. It’s all a state of mind which manifests itself in the real world. 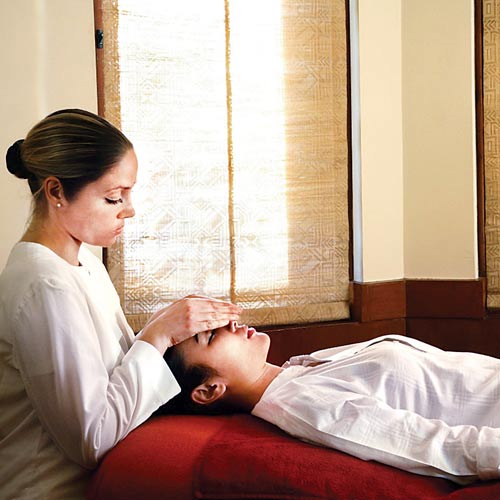 Origins of the technique Founded by Vianna Stibal a naturopath, massage therapist and intuitive reader in 1995, Theta healing was born out of Vianna’s urge to help others in pain and to replicate the success she had with it in her fight against cancer. Vianna, a mother of three young children, was diagnosed with cancer that was quickly destroying her right femur. She had tried everything from conventional medicine to alternative therapies, but nothing worked. However, she soon stumbled on a solution, when she discovered that the simple technique she used in readings she could use to heal herself, and she experienced a spontaneous remission of her cancer.

Since then Vianna has taught this technique to thousands of people. She has trained others to teach her Theta Healing classes across the world.

Why Theta?
Sarika Pilot, a Delhi-based Theta Healing Instructor, says, “I got introduced to Theta Healing by a lady called Liz Vincent when I was doing my doctorate in metaphysics. My first taste was enough to get me interested in learning the modality. What really got me deeper into it was the lack of rituals or faith systems attached to it, there was no guru or leader everyone had direct access to the seventh plane and could manifest changes on their own. Theta healing made me feel empowered.” She adds, “My weight issue that I had been battling nearly all my life got resolved.

My skin problems got sorted. It all didn’t happen only by Theta…but by practicing Theta, I got led to the right path…regarding my weight…I didn’t drop 10 kilos but everybody felt I had…I did go from a size 12 to a size 8! I don’t know how or what, but it worked…inches just fell off…the healthy food that was always recommend to me…which I rebelled against…suddenly started tasting good…I actually caught myself opting for it! Finally I was friends with my body and occasionally if I put on a kilo or two I didn’t go into panic mode like I used to. I knew that I had to go back to healthy options and it would melt away in maximum a week. The most amazing thing the fear was gone! I felt powerful and in control of my life. I think my body started reflecting how I was feeling from within, I was more balanced, less critical of people, more peaceful and less judgmental.”

What happens in a session?
In a typical session, you are scanned to check for any existing diseases in the body, negative energies, spirits, etc. After this, balance is restored and a cleansing is done for auras and chakras. A muscle test is conducted on the client for the beliefs that he or she holds around the issue and those beliefs are released. Muscle testing is actually a kinesiology test where your fingers hold together for every belief that you hold in your body. They do not stay together for the beliefs you do not hold on to. As things progress the brain becomes aware of the problem and finds the electrical pathways which were blocked or forgotten about, and rectifies the situation.

This continues till you reach the bottom belief which has all the beliefs around the issue anchored in it. The minute the bottom belief is released clients experiences a huge rush of energy, a lightness in the body, followed more often than not by cleansing tears. The feeling of release and having finished off with the issue is very apparent to the client.

Who can learn it?
Sarika says, “It’s open to all, and all you need for it to work for you is a belief in the power of a supreme being.” The technique is easy to learn, and after completing the basic three-day course, you will be shown how to access a Theta State and how to perform a healing on either yourself or others.